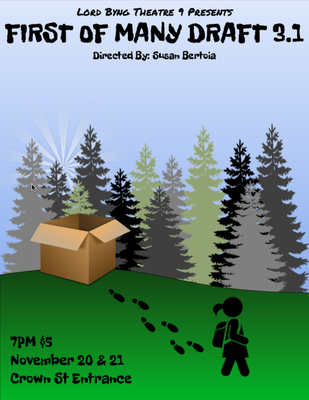 A crazy little devised piece of physical theatre about 'firsts' and 'one' and 'many'. What started out as piece about finding our place we discovered that we all can be one in a bigger space. Special thanks to Matthew Theissen, theatre/drama teacher at Byng Arts for artistic and producing support of this project.
COMMEDIA PROJECT (2019)
​Isle dell' Arte, where everyone and everything is a little bit Commedia!🏝
Dorothy Somerset Studio, UBC
Preview October 16th @ 7:30, October 17th @ 7:30 , October 18th @ 7:30 , October 19th @ 7:30
Directed by Susan Bertoia
Devised by Susan Bertoia and BFA Acting Class of 2021 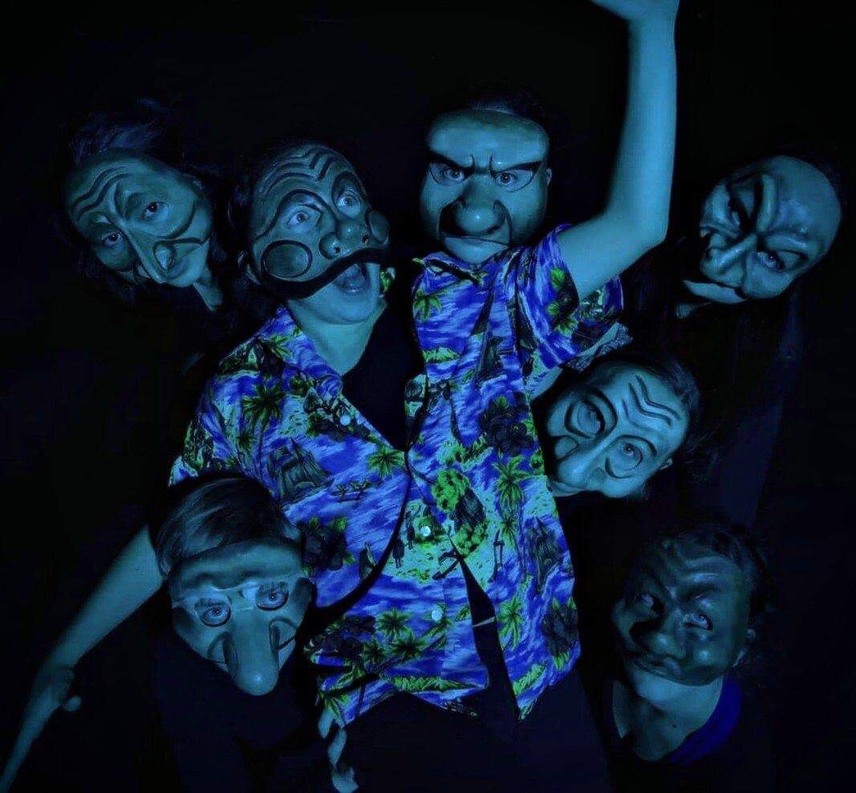 Every year the third year BFA Acting class of UBC, under the guidance of the legend herself Susan Bertoia, study the 16th century Italian theatre tradition of Commedia dell'Arte!

This year we bring you to the Island of The Tempest, as the characters of the classic Shakespeare play encounter the shipwrecked members of the hit 1960s sitcom Gilligan's Island. Will the Gilligan crew ever manage to escape the Island madness? Can The Tempest Island Inhabitants find a way to keep their Island theirs? Come join us to find out!

This show is free of cost but has limited seating, so keep your arms and legs inside the boat at all times and join us for the ride!

PROJECT MEMORY - Theatre Residency with Grade 4/5 Students at Muheim Elementary School (Smithers, BC) 2019
Susan devised an original piece of spoken word, story telling and movement based on the memories of elders living in a care home, The Meadows, in Smithers, BC, with a class of Grade 4/5s from Muheim Elementary in Smithers. It was perform in the community June 4, 2019 at the Della Herman Theatre

Susan Bertoia, lead artist and director
Liliana Pesce, teacher and facilitator
Project supported by ArtStarts in School
Project Memory hits the news in Smithers... read all about it here.
www.interior-news.com/news/muheim-theatre-performance-not-one-to-forget/ 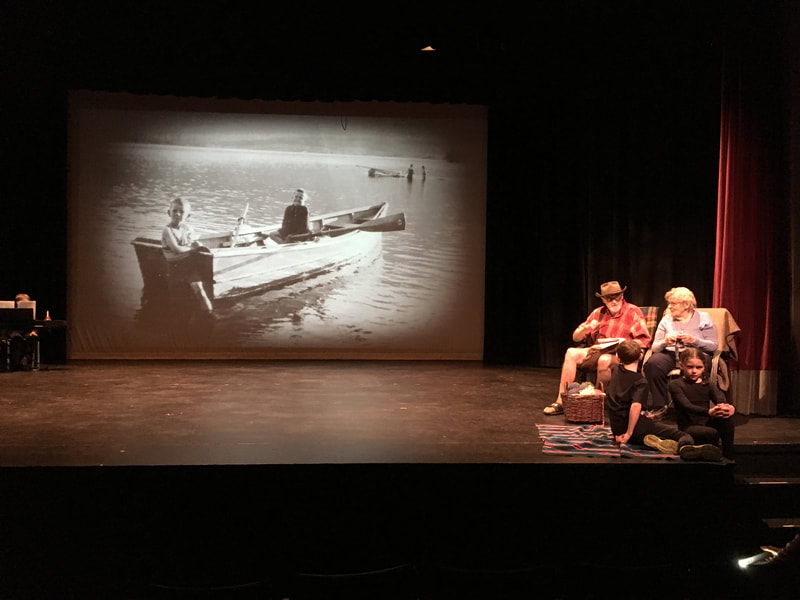 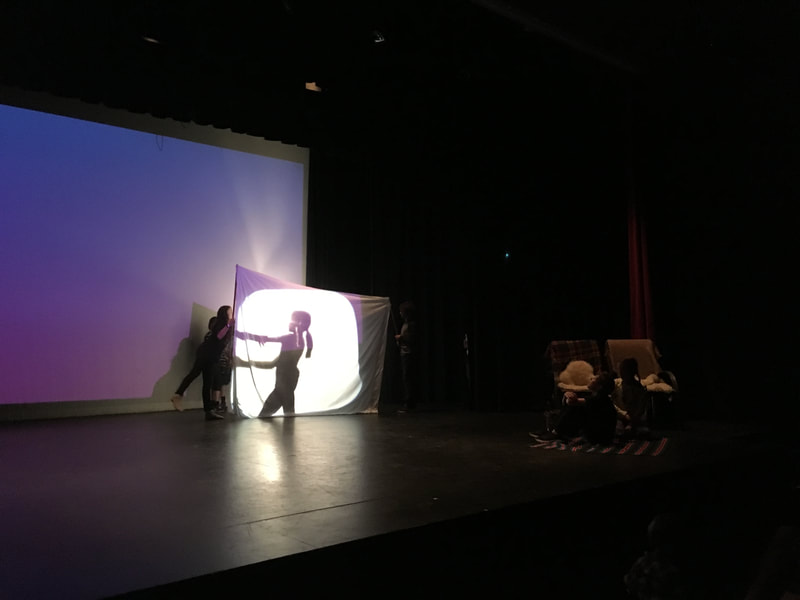 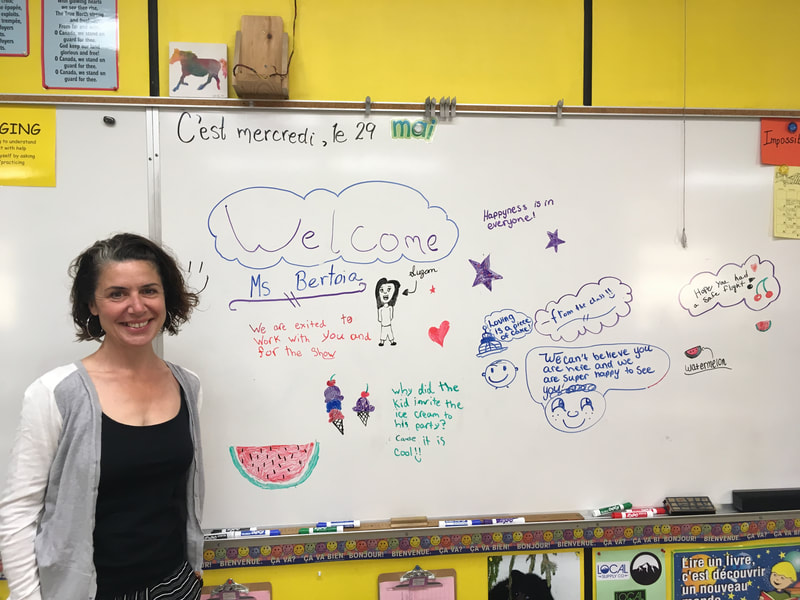 Project Memory
THE TOWN THE TROLLS AND THE MENACE Hastings Elementary School (2019)
Written and directed by Susan Bertoia with contributions made by the Grade 3/4 class French Immersion students at Hastings Elementary and teachers Mme Natacha and Mme Charlotte.
A site specific show created to be played on the playground at Hastings School. Audience roved from gravel field to playground as the performers took the audience on a journey to Troll Mountain.
When the threat of the menace (aka Global Warming) becomes imminent, the adults must think quickly to save their town. Thwarted by the thought stealing Trolls (aka Corporations), it's up the children now to save their parents/guardian and the town. Will they succeed or will the menace take over... 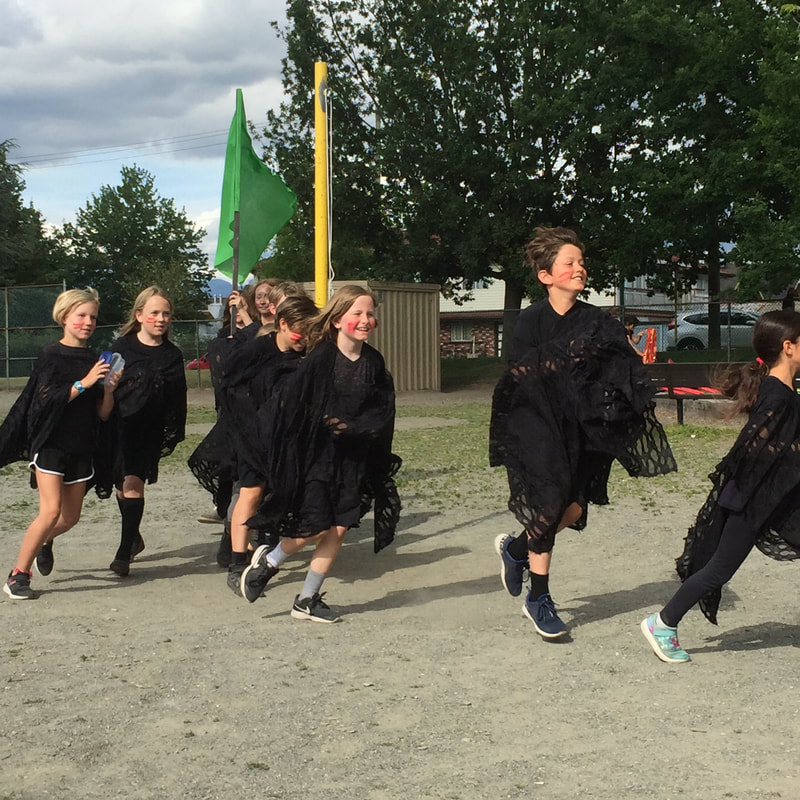 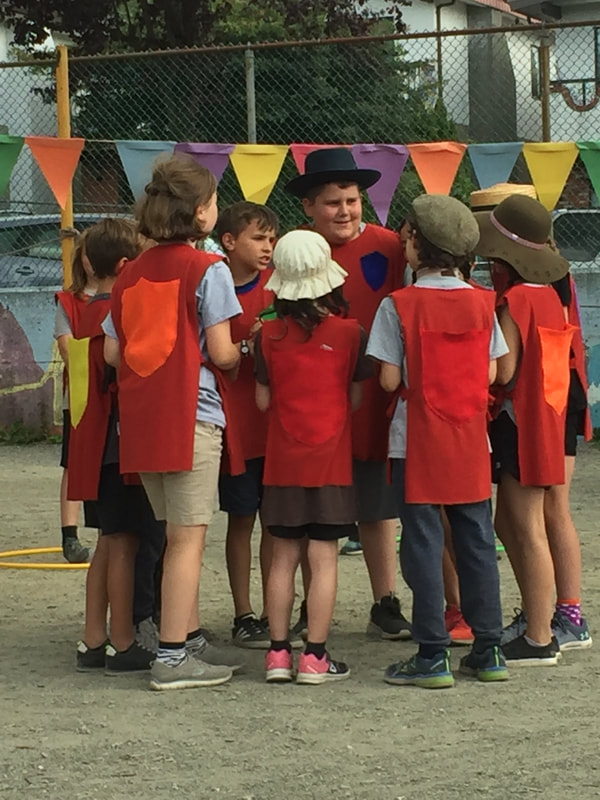 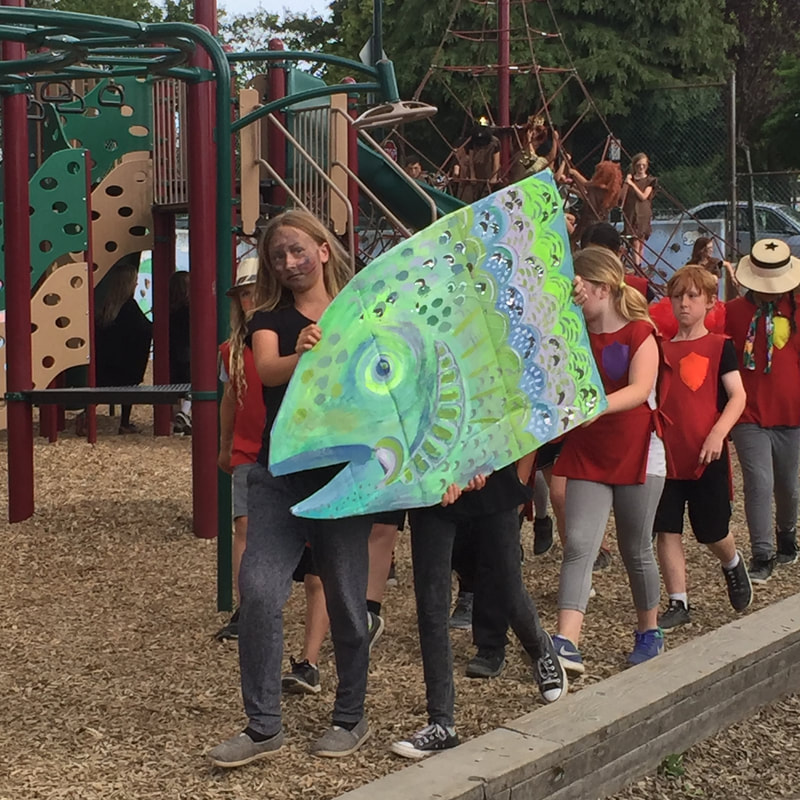 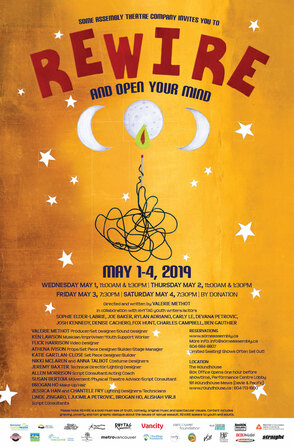 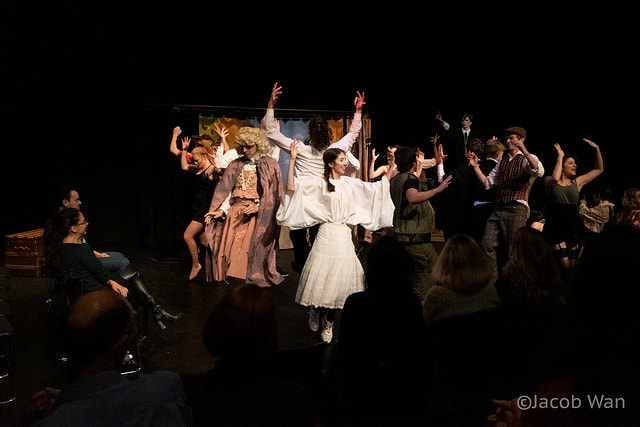 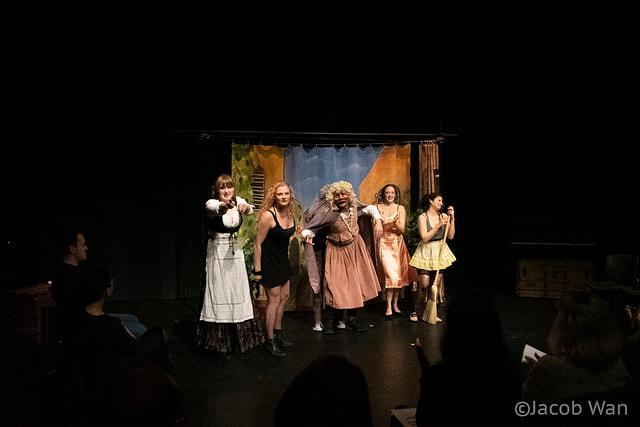 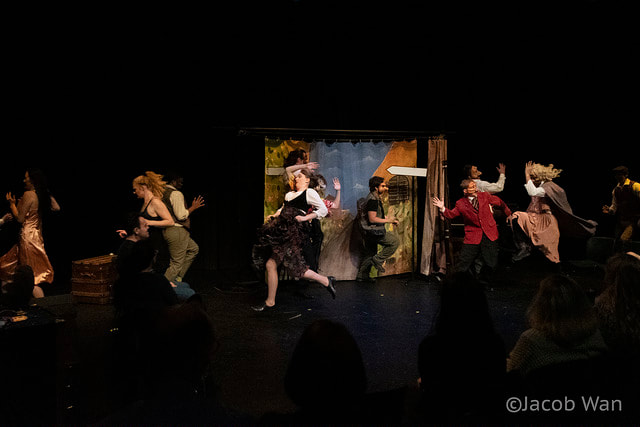 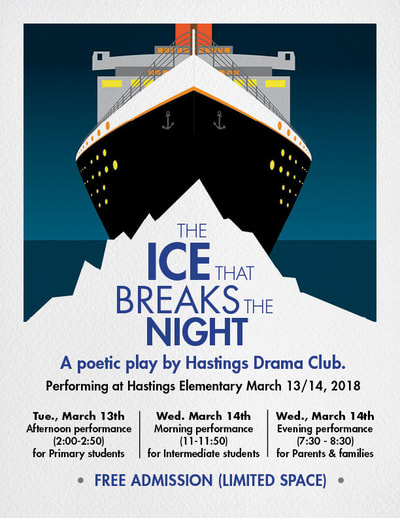 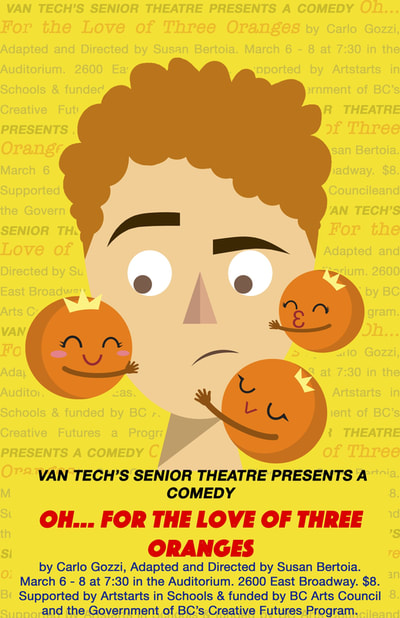 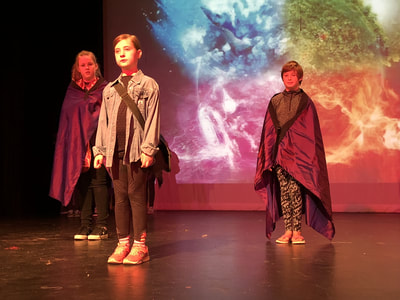 EAST OF HERE 2018
​HOTEL AMORE (2017)
A commedia show... "What a'more do you want!?"​
​October 2017
Dorothy Somerset Studio, UBC
Directed/Devised by  Susan Bertoia (ADJUNCT PROFESSOR  at UBC)
​Featuring the work from the amazing 3rd Year BFA UBC Acting Students (2017)
This show was created and devised using the commedia dell'arte genre of theatre as it's base. The class began as a study in neutral mask, emotion mask, character full and half mask to finally the commedia dell'arte mask. I led students to discovering the roles they were suited (and wanted) to play. We used sourced material as well as original material for the show. 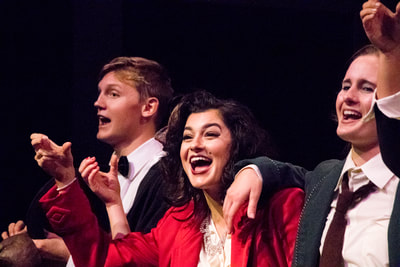 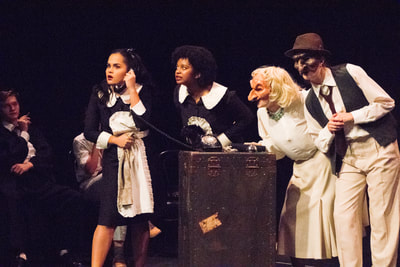 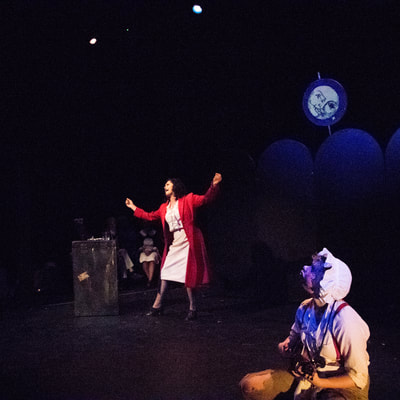 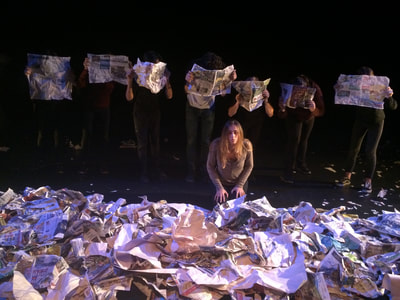 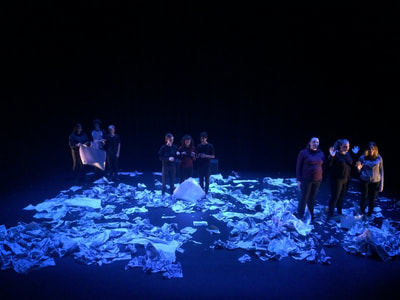 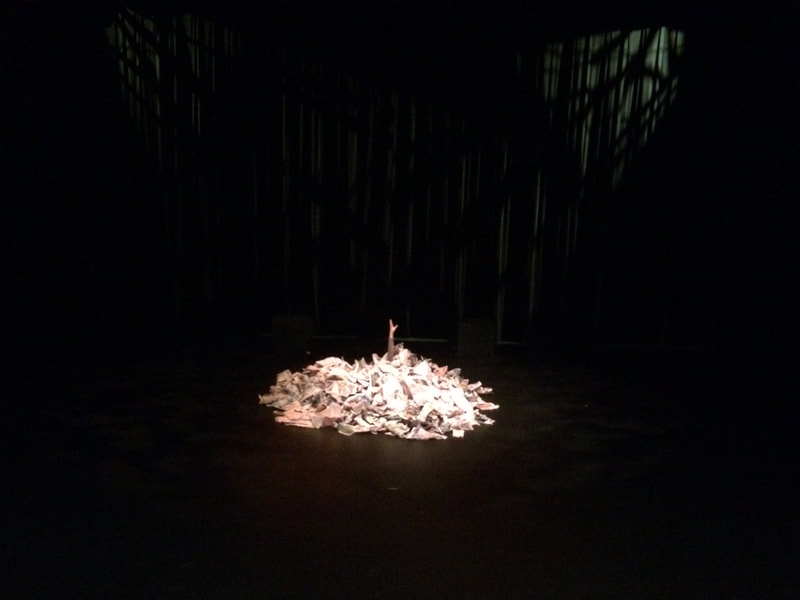 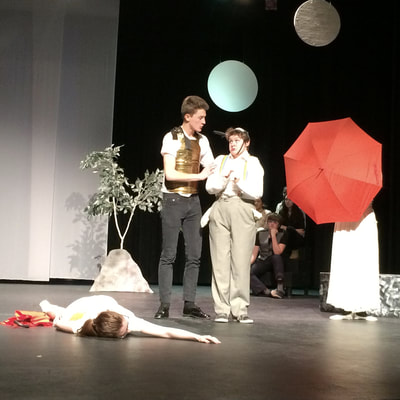 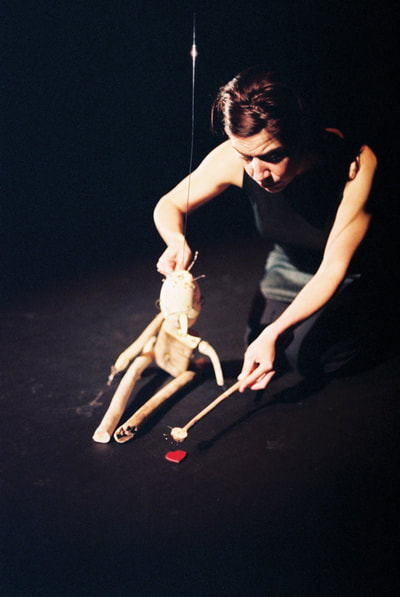 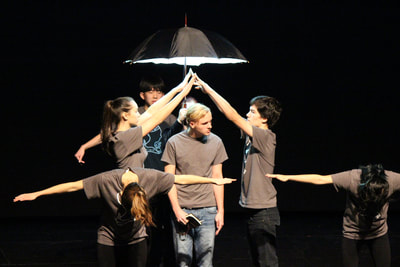 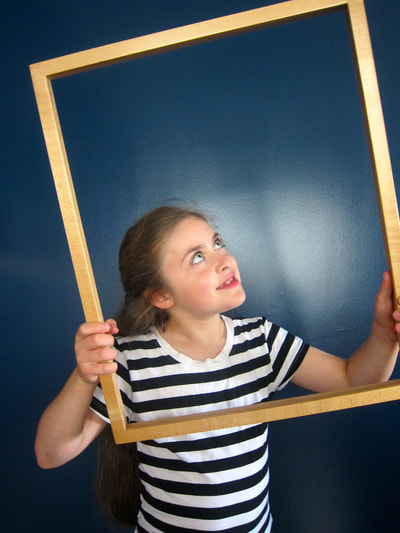 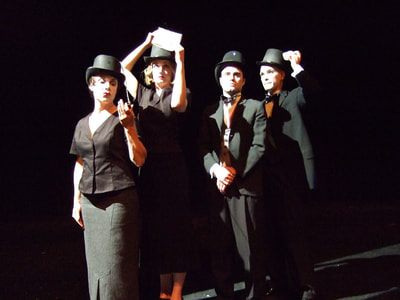 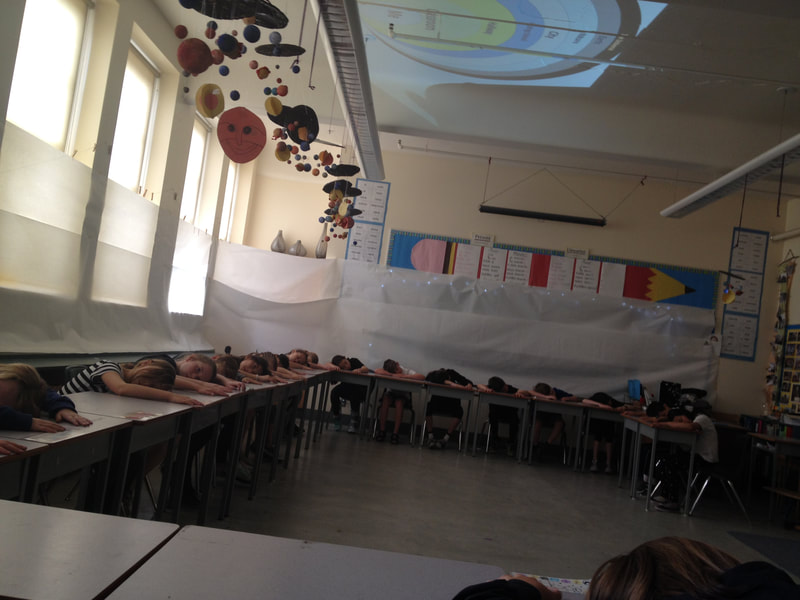